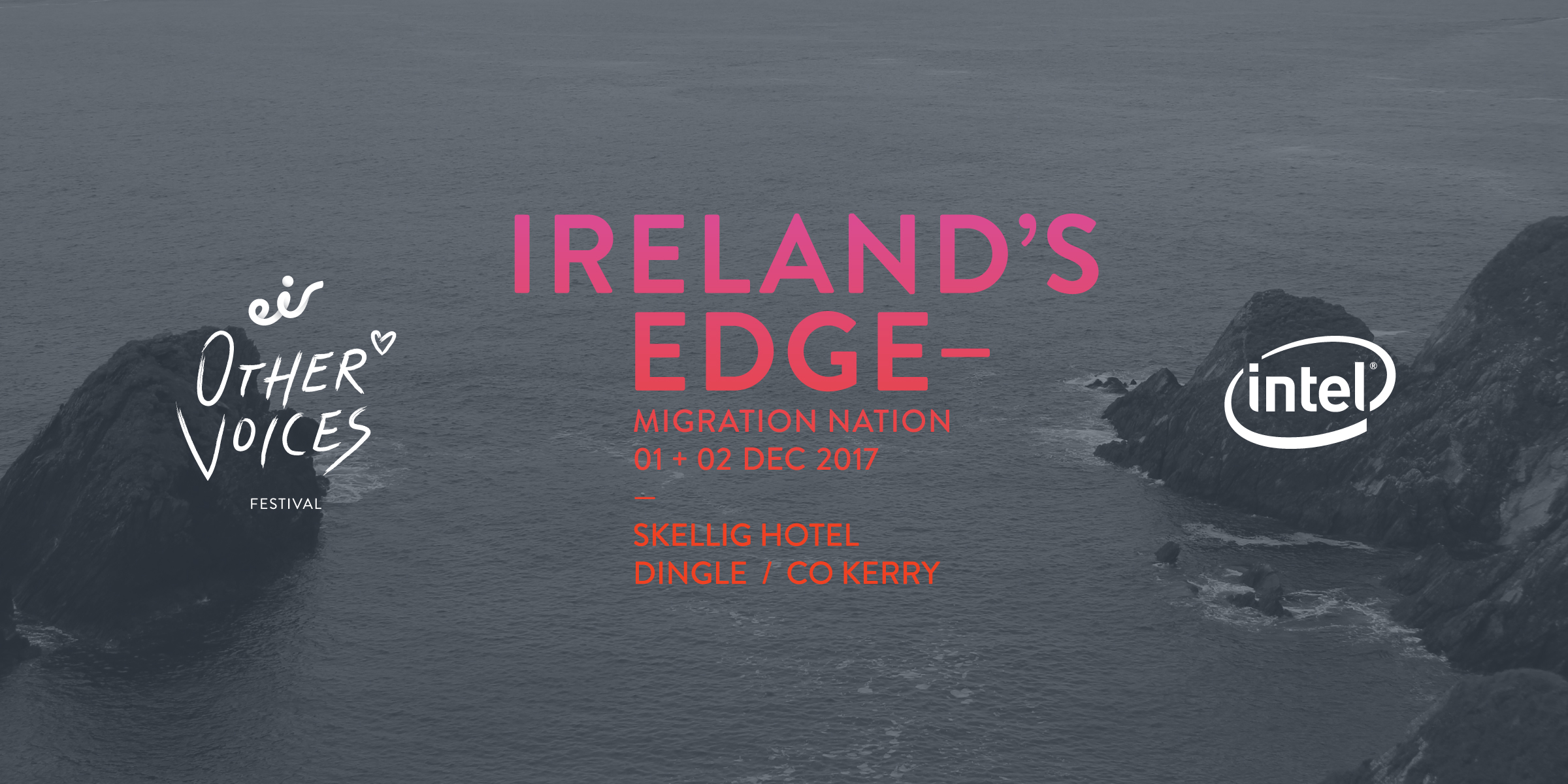 Ireland needs a place and a platform where it can look into its soul, examine how we are presenting ourselves globally and at the same time see the talent and creativity that is in this country. Ireland’s Edge 2017- Migration Nation brings these together in one place at one time.

Taking place at the most westerly tip of Europe, in Dingle, Co Kerry Ireland’s Edge 2017- Migration Nation will bring together high-level influencers and thinkers from a range of sectors including members of the diaspora community, FDI companies, artists, academics, commentators and policy makers.

The two day conference will provide a platform for debate, discussion and ideas, exploring the role of the Irish diaspora, what it means to be Irish abroad, and how we might harness this immense resource, a collective knowledge and experience that is widely dispersed throughout the world.

Ireland’s Edge 2017- Migration Nation will explore Ireland’s relationship with its diaspora through the lenses of culture and creativity, and in the context of a rapidly changing political and societal world climate.

Dr. Genevieve Bell
Anthropologist, technologist and futurist. Professor and Director of the 3A Institute at the Australian National University. Former lecturer in Anthropology and Native American Studies at Stanford University. Senior Fellow at Intel.

Frances Coppola
Author of the Coppola Comment finance & economics blog.  Contributor to Forbes and the BBC. Quoted in The Economist, the Wall Street Journal, The New York Times and The Guardian.

Dr. Nora Ní Loideain
Lecturer in Law and Director of  the Information Law and Policy Centre at the Institute for Advanced Legal Studies (IALS). Affiliated Lecturer at the Cambridge Faculty of Law.

Maurice O'Brien
Irish documentary director and producer. Most recently known his viral documentary, Pitching Up,  published by the Guardian.

Elizabeth Reapy
Writer.  Winner of Newcomer of the Year at the 2016 Irish Book Awards and The Rooney Prize for Irish Fiction in 2017, for debut novel Red Dirt.

Mick Moloney
Mick Moloney is the author of “Far From the Shamrock Shore: The story of Irish American History Through Song”. Teaches at New York University in the Irish Studies program.

Ciaran Cannon, TD
Minister of State at the Department of Foreign Affairs and Trade with special responsibility for the Diaspora and International Development.

John Mulholland
Editor of The Observer. In July 2017 John took on interim leadership of Guardian US. He will return to continue his Observer editorship this Autumn.

Julian Coman
Associate editor of the Observer and was previously Home News Editor at The Independent and Washington Correspondent for the Sunday Telegraph.

Michelle Mulcahy
Musician, composer and multi-instrumentalist. A master of the harp, fiddle, concertina, piano and accordion.

Zainab Boladale
Journalist and Co-Presenter of RTÉ’s news2day. Zainab is the first Nigerian woman to work in the RTÉ newsroom.

Marcin Piotrowski
Broadcaster, Sociologist and the 2016 Polish Person of the Year for his work in building bridges between Polish and Irish communities.