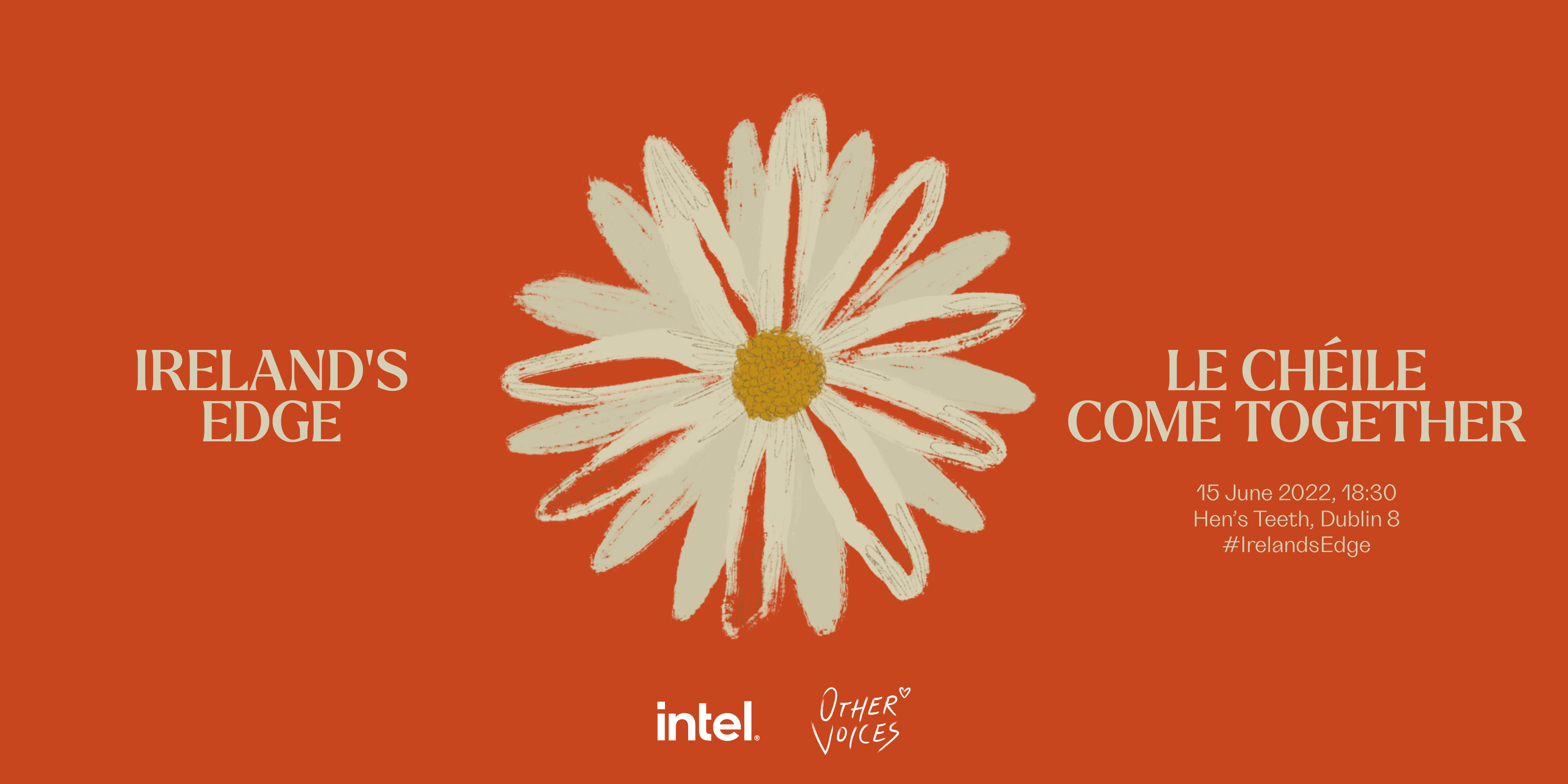 Ireland’s Edge presents Le Chéile // Come Together, a summer evening of discussion and music that will explore and highlight the power of community across Irish society, bringing together some inspiring and rousing voices whose work, music, advocacy and activism underscores the immense value of community and diversity in its many forms.

‘Le Chéile / Come Together’ can describe many forms of communal action, social, political, or cultural. The Irish word ‘meitheal’ means a coming together of neighbours to bring in the harvest, a social network before the term was invented. The word is still commonly used in the context of any action involving communal effort. This kind of community action had its heyday in Ireland during the 60’s, 70’s and 80’s in mass activism across a multitude of political and cultural campaigns.

More recently, campaigns led by artists and musicians to protect and preserve important cultural spaces in Dublin have been remarkably successful in galvanising public support and organising street demonstrations. In another space, the meitheal spirit has been evident in the massive public effort to accommodate thousands of refugees coming into the country from Ukraine. ‘Le Chéile’ also speaks to the value of multiculturalism and how it has enriched Ireland’s artistic and cultural landscape. This is something that can be seen and heard in the rise of vibrant new hip-hop, rap and drill collectives across the island of Ireland in the last decade, contributing to a new golden age of Irish music.

Initially displaced from Donetsk in 2014, and now displaced for a second time as the war continues in Ukraine, Dr. Larysa Samosonok, the former Vice-Rector of Donetsk National University of Economics, will speak to Ireland’s Edge co-founder Muireann Kelliher about rebuilding Ukraine, her experience of repeated displacement, and community resilience and formation. Having recently arrived in Cork with her 19 year old daughter she has begun working with University College Cork to develop a new course giving Ukrainian refugees who have had their “whole world destroyed” an authentic student experience in Ireland.

SAVING SPACE: THE ARTIST AS ACTIVIST

Eoghan Ó Ceannabháin is an acclaimed sean-nós singer, multi-instrumentalist and activist based in Dublin. He is the person who set up the ‘Save Our Cobblestone’ petition and a member of ‘Dublin Is Dying’, the group which led the successful public campaign against the proposed hotel development at the site of the Cobblestone pub in Smithfield. His recent album Solas an Lae, recorded with fiddle and viola player Ultan O'Brien won best album at the RTÉ Folk Awards in 2021. At Ireland’s Edge he will speak to Nuala O’Connor about the re-emergence of artist-led activism, and the powerful ability of art and music to galvanise public support and effect change.

THIS IS NOT A DRILL

SELLÓ in conversation with Andrea Cleary.

One of Ireland’s most exciting breakthrough voices, and the pride of Dublin 22, SELLÓ, is redefining Irish music, culture, and identity through his own infectious brand of drill music he dubs ‘Gaeilc Drill’. As a trailblazing Irish artist who’s fast catching the attention of the music industry both at home and abroad, he speaks to music journalist and musicologist Andrea Cleary about drawing on Ireland’s rich songbook, sampling the sounds of the past and blending them with contemporary drill and hip-hop to create a fresh new sound that reflects the rich diversity and plurality of the present.

The evening will also feature special performances from SELLÓ, a pioneering new voice who represents the next generation of Irish artists, and from Eoghan O’Ceannabháin, an acclaimed folk singer who comes from the rich sean-nós singing tradition, a tradition that has taken on a new resonance in recent times.