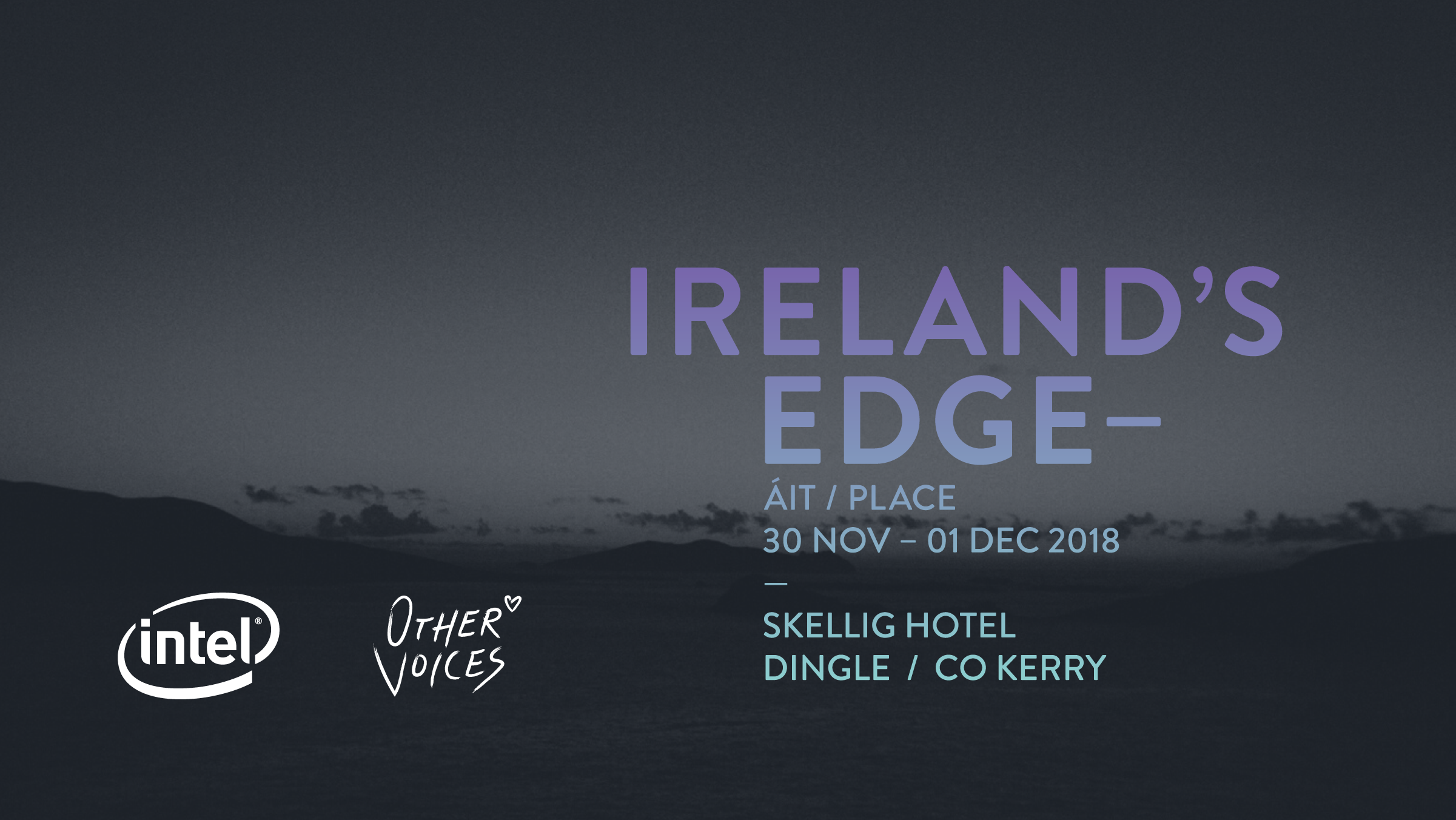 So many notions of place exist in the public and  personal sphere, while some can be unconsciously held in the  private sphere of the imagination. Within countries and communities there are shared collective ideas of place which are closely connected to those of identity and home. Social, political and environmental change can disturb and even dismantle these embedded narratives of place and identity. For the Irish Diaspora it’s been the case that different perspectives on place and identity develop in relation to the distance in generations removed from the home country. Sometimes the identification with Ireland can disappear only to reappear in another generation as an affinity with Irish culture, traditional music or literature.

In very recent times Brexit, climate change, mass migration and immigration, digital technology amongst other factors have been major disruptors of long held often unexamined ideas about place . Ireland’s Edge 2018  takes some of these themes and interrogates them in the company of an engaged curious attendance and panels of thinkers, policy makers, innovators, commentators and artists.

Reporter and feature writer for the Observer

Director and Lecturer at the Information Law and Policy Centre at the Institute for Advanced Legal Studies (IALS).

Affiliated Lecturer at the Cambridge Faculty of Law.

Professor and Director of the 3A Institute at the Australian National University.

Writer on British and Irish politics

Previously served as a visiting scholar at the University of Notre Dame where his research focused on external assistance to nonviolent resistance movements.

Historian, journalist and writer on migration.